Jazzlovers.fm is an online plattform of Swiss jazz trombonist Simon Petermann. This jazz listener's webhome offers ressources and programms for the dedicated jazz fan to learn about the secrets of diving deep into the music.
We are very proud to announce the release of our first FREE jazz listeners guide "Deep Dive Into Jazz Listening" in March 2022. 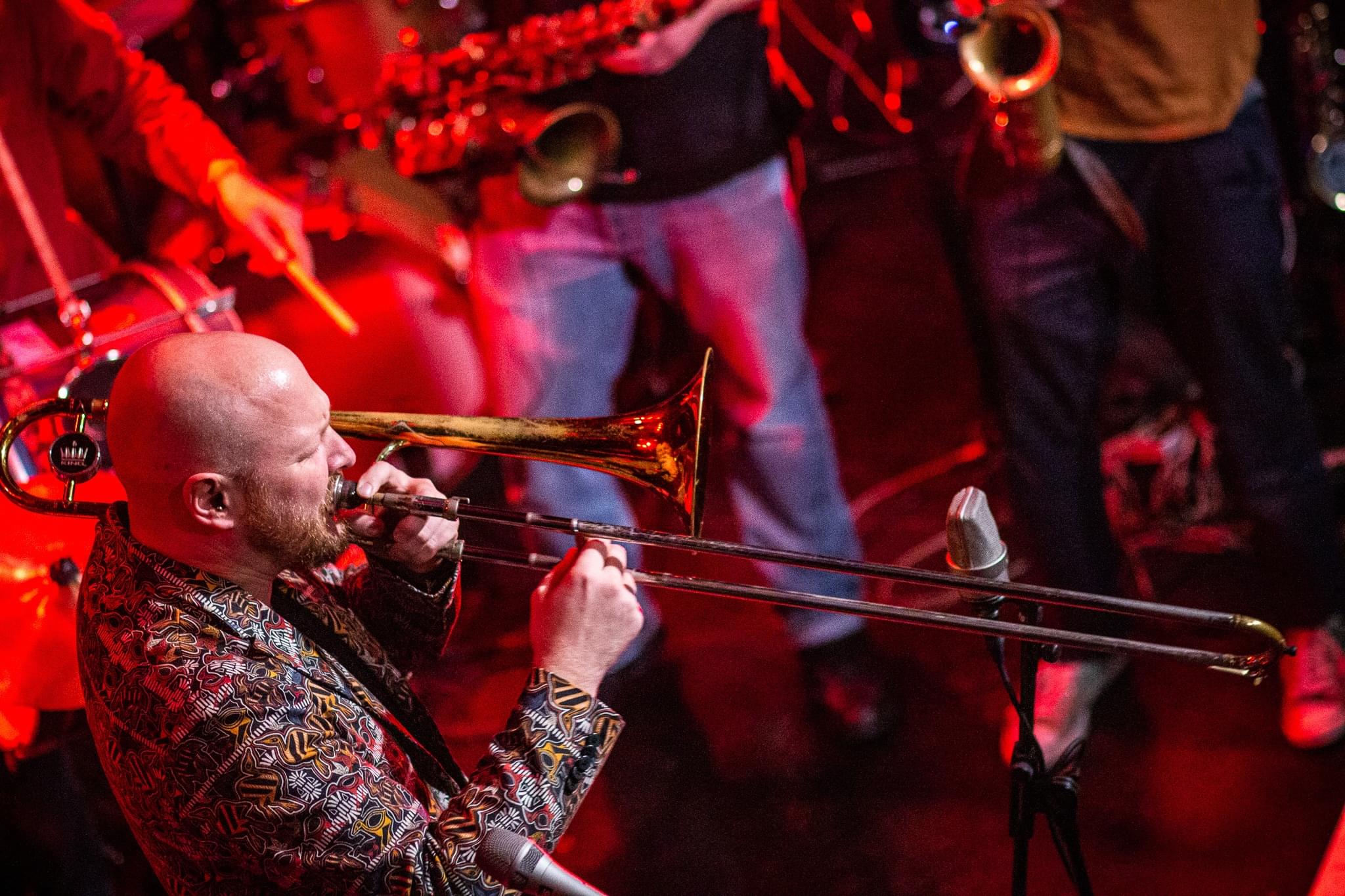 Simon Petermann is an exponent of the adventurous contemporary jazz music scene of Switzerland. As musical director of the Fischermanns Orchestra, as band leader of the international sextet MoonMot he focusses his work on dealing with contemporary forms of improvisation, researching live electronics and interdisciplinary music projects.
He has been Producer of the radio programme Jazz am Sunntig on Radio RABE under the motto "Today's and yesterday's great jazz from Switzerland and abroad" since 2012.
Simon teaches at the Swiss Jazz School Bern and the University of Arts Bern and performs in concert with various formations all over Europe and beyond.

The work of the past few years is impressive: With the never-resting Fischermanns Orchestra he has toured the world several times and played shows in Europe,  South America, Asia and the Middle East.

With the Swiss-British „Super-group“ MoonMot he produced the the debut album "Going Down the Well" including an extensive European tour in 2020.

In addition, he teaches at the Swiss Jazz School and the Hochschule der Künste Bern (University of the Arts) and hosts the radio show "Jazz am Sunntig uf Radio RaBe," in which he presents current Swiss jazz every Sunday.

Characteristic for the work of Simon Petermann is the urge to discover new things and to explore boundaries. This is exemplified by his ideas to manipulate the sound of the trombone electronically. With a self-developed pickup for the trombone and various effects, he has catapulted his trombone into the digital age.

As an improviser and sound painter, he is always on the lookout for a musical venture that has the potential for another flight of fancy without a safety net or rip cord.